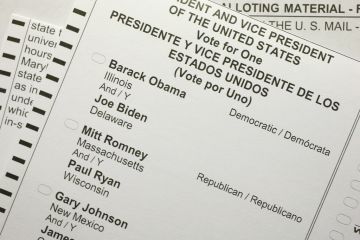 Elections and contentious mud-slinging campaigns between political parties are nothing new. It was an issue that John Wesley and the early Methodists had to face. Wesley’s advice to the Methodists still rings true today.

1774 was a deeply contested election year in England. The Whig party had dominated parliament for years, but they were beginning to lose ground to a group that would eventually form the Tory party. The campaigning and mudslinging between the Tories and the Whigs would easily rival America’s political campaigns. As the election drew near, John Wesley became concerned about the behavior of Christians in the election. In his journal entry on October 4, 1774, John Wesley offered some advice to voting Methodists that still apply today:

“I met those of our society who had votes in the ensuing election and advised them (1) to vote, without fee or reward, for the person they judged most worthy; (2) to speak no evil of the person they voted against; and (3) to take care their spirits were not sharpened against those that voted on the other side.”

I love this advice. All of us should perform our civic duty to cast our vote for the candidate we each deem most worthy. It is our free choice. We enjoy this freedom because of the many men and women who have served our country to protect it. Every vote that is cast freely honors their service and sacrifice.

In the upcoming election, I hope and pray that we will behave in a way that reflects God’s image rather than a worldly image, even when we think someone else is wrong and we are right. Let’s use our bumper stickers, emails, and Facebook pages to lift people up rather than tear them down. Let’s recognize that God made each of us different and respect our differing opinions across all issues. We may be individuals with individual thoughts, but we are all created in God’s image, and all have sacred worth.

So as the election looms in front of us, let us remember the advice of John Wesley and be responsible, Christian voters.

“First of all, then, I urge that supplications, prayers, intercessions, and thanksgivings be made for everyone,  2 for kings and all who are in high positions, so that we may lead a quiet and peaceable life in all godliness and dignity.”  1 Timothy 2:1-2