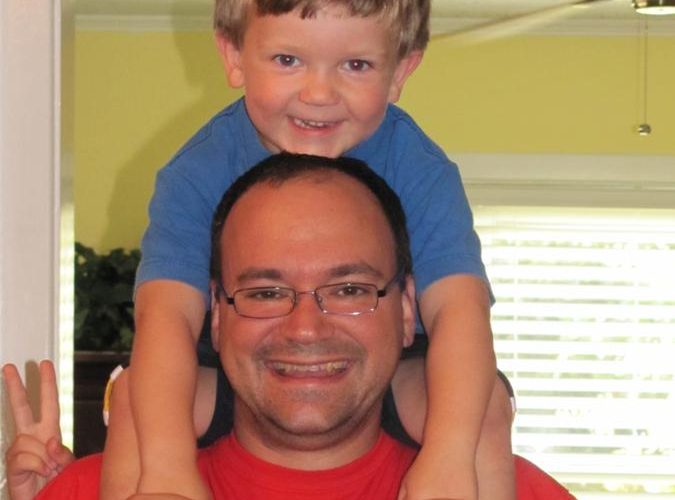 Our three-and-a-half year old is cute. Have a look at our precious, angelic, little guy and see for yourself:

A few days ago, I sent this precious, angelic, little, three-and-a-half year old cutie to his room because he was misbehaving at dinner. He was infuriated that I was sending him to his room. He stomped. He wailed. He grunted. He pounded on his door. He slammed his door. Then I heard, “You bongy-head.” Thank goodness he slammed the door. It struck me as very funny, and I would not have wanted him to see me laughing as hard as I was laughing. Bongy-head. Where in the world did he come up with that?

As parents, we have been lucky… our kids have not used bad language. Our seven year-old, Daniel, knows what the ‘bad’ words are (yes, all the major ones), but doesn’t use them. Luke doesn’t know the bad words. Being only three, there are lots of words that he does not know yet. While he might not have a fully developed vocabulary, he still figures out how to communicate his ideas. For example, the other day, Daniel, Luke, and I were playing with GI Joe figures. We each had our figures, but Luke came up to me and said, “Here, you take this guy, and I take this guy, ok?” He didn’t have the word “trade” in his vocabulary, but he made it perfectly clear that he was offering a trade. He finds a way to communicate his ideas even when words fail him.

The same is apparently true with explicitives. He doesn’t know “stupid-head”, or any of the other things that you can say when you’re angry (thankfully he wasn’t listening when I was putting up the ceiling fan the other day), so he created his own. So, apparently you can try to keep kids from learning ‘bad’ words, but you can’t keep them from inventing their own.

We just ignored the bongy-head thing, deciding not to make a big deal of it, and that it might go away. But, the next day, Luke got frustrated with a toy, and I am almost sure I heard him say, “bong-it!” And so, the story of Cutie and the Bongy-Head continues.