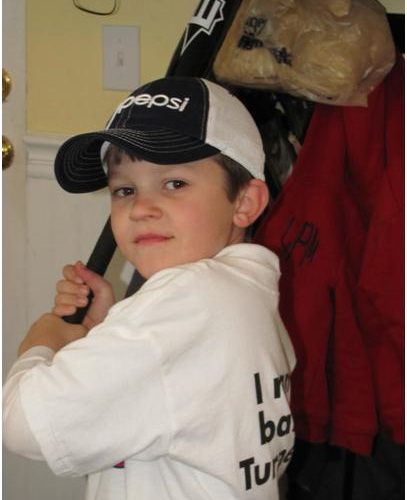 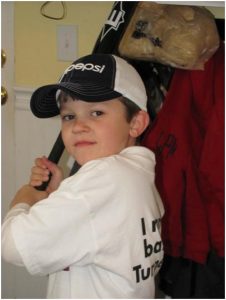 My son, Daniel is a very confident boy. He has not faced a challenge that has even given him pause. Reading? No problem. Math? Piece of cake. Legos? He’s wiz. Video Games? Child’s play. The result has been that Daniel’s confidence has gone through the roof. In fact, he might have been getting a little too confident. Then came baseball.

Daniel played T-ball last year and did great. He could sure smack the ball off the tee. He could even hit almost any ball that I lobbed to him. He thought that he was God’s gift to baseball. He did not realize that baseball could be more difficult. He thought he had mastered the sport. He reminds me of this Kenny Rogers song:

This year is completely different, though. There is a machine that pitches the ball up to 40 mph. Daniel had a hard time hitting the machine-pitched ball. He had a hard time catching the ball. He was getting frustrated. He realized that he was not the best. He realized that there are kids who are better than he is. It was the first time that Daniel ever had his confidence knocked down a notch. The truth is that he needed that lesson. As a parent, that is a hard lesson to let your son learn. As Yoda would say, though, “learn you must.”

My next concern would be how Daniel would emerge from this new revelation that he was not the best baseball player ever. He kept telling us that he really did not want to go to baseball, but then the first game came and he finally hit the ball from the machine. He made it to first base. We thought that might help to encourage him, but at the next game it seemed like he was intentionally missing the ball!

It turns out that when he hit the ball, his hand hurt so bad that he did not want to hit again. Anyone who has played any amount of baseball has had a stinger… the bat hits the ball just right to reverberate down the bat and into your hand, and it can sting pretty good. Add to the fact that it was in the upper 40’s that night, and it makes the sting worse.

He got it in his head that hitting would hurt like that every time. It threatened to take down the whole season. So, we bought him a pair of  ‘magic’ 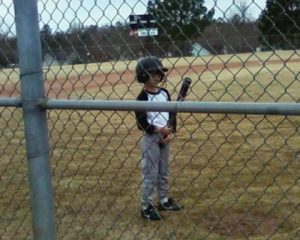 batting gloves, taking a cue from Dumbo’s magic feather. He started swinging again, but was still having trouble hitting it. I stood by him at practice one day to see why he was missing. He was always a touch early. I told him to wait for it. One slight adjustment, and he fouled one off. Then he fouled one behind him that shot off like a bullet over the fence, over the road, and into the creek. He was gaining confidence. In the next game, he made it on base. In the game after that, he got on base two out three times. On his first hit, he made it all the way to third (aided by an overthrow), batted in a runner who was on third, and in the next play, made it across home plate for the first time.

How did this new found success affect him? He was pumped up! But he was pumped up in a different way than he would have been before. He was cheering on his teammates and enjoying success together. He was not claiming to be the best, but he learned that it takes a group of people working together to get the job. It may have been a hard lesson to watch him learn, but it has made him a better person.