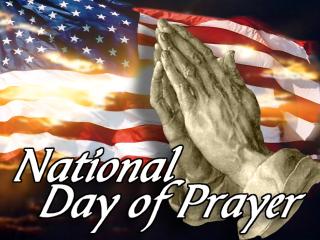 No More National Day of Prayer?

A while back, a district judge in Wisconsin declared the National Day of Prayer  (NDoP) to be unconstitutional which has sparked a string of debates across the country. The fate of a government declared NDoP is now bound up in an appeals process that could take years to resolve. So, is this the end of a tradition? I don’t think so.

The courts are fighting about whether or not the government can officially declare a NDoP. While this might sound off warning alarms about the current interpretation of law, it does affect our right to observe a NDoP. The bottom line is: If we want to have a NDoP, we are free to do so. It will just have to originate from another source: the church.

As the church, we can keep the National Day of Prayer going. For example, I was pleased that our annual conference passed legislature that calls for United Methodists of Alabama and North West Florida to observe the National Day of Prayer regardless of whether or not it is officially recognized by our government. I like this approach. By doing this, we show that the decision of the court does not limit our freedom to organize a day of prayer. It simply moves the organizational responsibility from the government to the church. As Christians, we can, and should call our Nation to prayer. So, with that in mind, I will be joining my conference, and hopefully all people of faith in a day of prayer on May 5th, 2011 and every first Thursday of May thereafter.

Prayer and God are Both in School