Some Conferences in Appointment Crisis

As someone who has just spent three years and a whole bunch of money going to seminary, I have always felt like an appointment would be a sure thing when I graduated. I think that I will be OK in my conference, but that is not the case for others. I have heard that some students in the North Georgia conference were “deferred pending appointment.” This basically means that they passed their boards, but the conference does not have anywhere for them to serve.

The shrinking economy has definitely taken its toll. Churches have dropped associate pastor positions, and in some cases have had to consolidate into multiple point charges because giving is down and they could not afford to keep the positions open. Pastors that were going to retire must now work longer because their retirement money has been affected. This means there are less positions available than before.

Sky McCracken has written a great post that goes into more detail about the problem and possible solutions. It looks like the United Methodist Church must find a way to reorganize efficiently in order to weather this economic storm.

Top Three Reasons People Do Not Go to Church 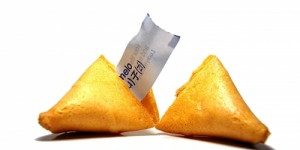 Riches and Busyness of James