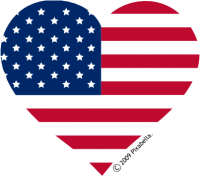 This post asks the question: Is it Veterans Day, Veterans’ Day, or Veteran’s Day? It also points to a helpful reflection from the General Board of Discipleship site about observing Veterans Day in Worship.

First, I thought I would share that the proper grammar for this day is “Veterans Day” without an apostrophe. According to the website of the Department of Veterans Affairs, “Veterans Day does not include an apostrophe but does include an “s” at the end of “veterans” because it is not a day that “belongs” to veterans, it is a day for honoring all veterans.” I’m certain that I have been writing that incorrectly for years!

Secondly, I wanted to share that the General Board of Discipleship website has a page about Veterans Day and Worship. It is complete with the history of Veteran’s Day, suggested hymns, liturgy, and the following suggestions:

General Board of Discipleship

You can find the full GBOD article here:
Suggestions for Observing Veterans’ Day (November 11) in Worship

Finally, I would like to thank all of the men and women who serve in harms way to protect liberty and freedom around the world.