What Good is Visitation?

I have recently been reading the Questing Parson blog. I love his way of putting posts into a narrative, and I think that style may help me out of a touch of writer’s block. I’m going to try it out:

Reverend Dean Shepherd (Shep for short) drove through his neighborhood on his way home after a rather busy day. Off a side street, he noticed three men in suits who were going door to door. He quickly realized what this meant. Mormon missionaries were about to pay him a visit.

He pulled into his driveway and entered his home. After greeting his family, he took Boomer, the family dog, and put him in the bedroom. Then he opened the front door just in time to keep the missionaries from having to knock.

One of the missionaries began his spiel, and Shep listened patiently, respecting that this was a very important part of this man’s faith. Shep thanked them for stopping by. He informed them that he was a United Methodist Pastor and assured them that he knew about the Mormon faith and their doctrinal differences. They gave Shep a card, and Shep gave them his card in return.

Shep’s wife came into the room after the door was closed. “Mormons?”

“Ok, Mr. Methodist Preacher, why would you be glad the Mormons came?”

“Oh, I don’t know. They haven’t been to our door for what, six years now? I guess in some weird way it’s good to know that they think I am still worth visiting.”

A (not so) Perfect Family Picture 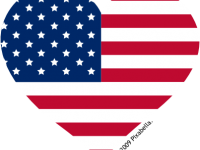 I am the Problem

Love for the Dogs